Please enable JavaScript to use this site.

This event has already passed.

Movies On Location - (The Shining)

My Valley Pass is proud to partner with The Langham Huntington, Pasadena for our new film series, Movies On Location. Throughout this exciting series of classic films, we'll be screening movies at actual filming locations or at settings that go hand-in-hand with these specially curated films. The series will include state of the art projection and sound in an upscale setting.

This October, experience Stanley Kubrick's chilling horror masterpiece, The Shining, inside the historic Viennese Ballroom of the Langham Huntington, Pasadena.
All seating at this screening will be in cabaret style at round tables. You have the option of buying single tickets or reserving a table for (4) people. General admission and VIP ticket options are also available. Snacks and drinks will be available at the concession stand, including a special Redrum cocktail created just for this event.
About the Film:
The Shining, 1980, 142 minutes, UK/USA, Dir: Stanley Kubrick
Rated R
(Children under the age of 17 must be accompanied by a parent or guardian.)
When the new winter caretaker of the Overlook Hotel, Jack Torrance (Jack Nicholson), moves his wife, Wendy (Shelley Duvall), and young son, Danny (Danny Lloyd), to the isolated resort, the hotel's dark past awakens alongside Danny's budding telepathic powers... The Shining. Filmed primarily at Elstree Studios in the UK with additional exterior footage shot in Oregon, Colorado and Montana, Kubrick's The Shining is based on Stephen King's 1977 novel of the same name.

About the Langham Huntington, Pasadena:

Capturing the grace and elegance of classic Southern California, The Langham Huntington is Los Angeles’ original getaway, located at the base of the picturesque San Gabriel Mountains National Monument, just minutes from downtown Los Angeles. A renowned Pasadena hotel for more than 100 years, The Langham Huntington has been a favorite Hollywood filming location for decades. For more information, visit langhamhotels.com/pasadena

About My Valley Pass: 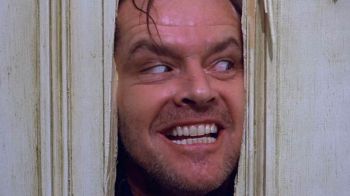 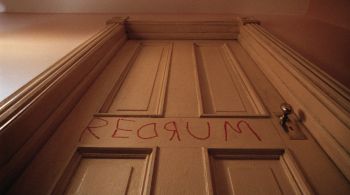 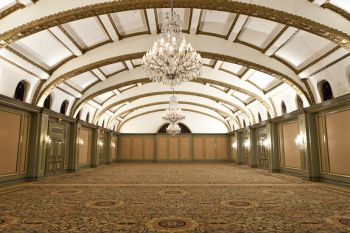 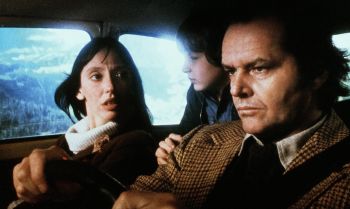 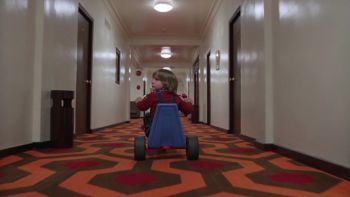 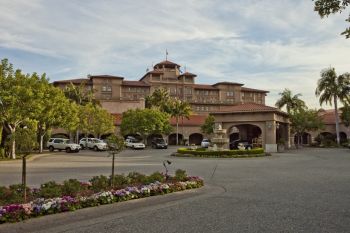 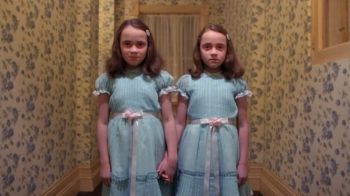 Should I purchase tickets in advance?

This is a rare opportunity to see a classic film inside the historic Viennese Ballroom. Our previous screenings at the Langham Huntington, Pasadena have sold out so it is strongly recommended to purchase tickets in advance.

Can I buy my tickets at the door?

Yes. If tickets are still available and you arrive without a ticket, you will need to buy one at the check-in table. A limited amount of tickets are being sold for this event.

What age is free?

As this a special engagement with a limited amount tickets, free child tickets are not available. The Shining is rated R and children under the age of 17 must be accompanied by an adult or guardian.

What time should I get there?

The doors open at 7:00pm and the film begins promptly at 8:00pm. We encourage you to arrive early to experience the hotel and to choose your seat.

Do I need to bring a printed ticket with me?

No....we can scan the digital ticket on your mobile device.

We have a variety of ticket options for this event. VIP ticket holders will be seated in a preferred seating section towards the front of the viewing area. All seating is on a first come, first served basis. More details can be found on the ticket options page.

Can I bring my own food?

No outside food or beverage will be permitted. Food, snacks, non-alcoholic beverages and adult drinks will be available for purchase.

Can I bring my pet?

Unfortunately pets will not be permitted.

Where do I park?

The hotel has valet parking available for $8.00 per car, with validation (price subject to change). Be sure to validate your claim tag at the check-in table. No self parking is available.

Can I wear a costume?

Yes. However, costumes that obscure the face - such as masks or face paint - and/or any items or props that can cause a safety hazard or can be construed as weapons will not be permitted.

What happens if there's inclement weather?

This is an indoor event. The show will go on rain or shine.

No refunds at any time

Is my ticket transferable?

Yes...if you cannot attend the event you can transfer the ticket to another person.

How can I contact the organizer with any questions?

Send us an email at info@myvalleypass.com

Movies On Location - (The Shining)

I have a question for Customer Service about an event, tickets, or orders.

I have a question for Tech Support about a technical issue with the site.